Seminars introducing the essence of Japanese culture through Shodo, Aikido, themed on the Mastery of Martial Arts and Liberal Arts and its applications for personal and professional life.

Mindset, Attitude, Behavior, Deportment, Physical Finesse, Calmness under Pressure, how to unify and Balance Mind and Body, rediscovering hidden values in Japanese culture, an innovative approach to improving mental health and engagement at work drawing on the best elements of Japanese culture.

Rediscover the value of Japanese culture at hand, increase your appreciation of history and culture in a contemporary context, enjoy liberal learning to cultivate the whole person.
Previous
Next 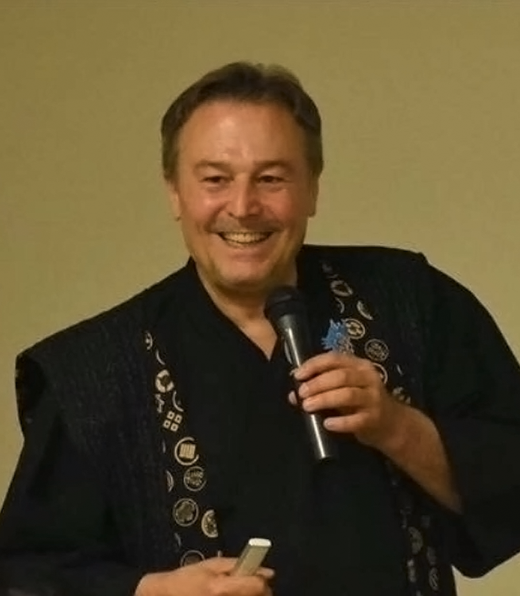 Born in 1952 in the United States, William Reed is currently a Professor at the International College of Liberal Arts (iCLA) at Yamanashi Gakuin University. He has an 8th-dan in Aikido from the Aikido Yuishinkai. He also has a 10th-dan in Shodo from the Zen Nihon Kyoiku Shodo Renmei, where he is also Vice-Chairman, and has won top prizes in many Calligraphy Competitions. He is a Graphology Advisor with the Japan Graphologist Association. Special Instructor in Nanba Jutsu, the Art of Physical Finesse. Weekly Television Commentator for Yamanashi Broadcasting Tetete TV, and Navigator for YBS Radio interviewing Business Pioneers and Innovative Executives in Yamanashi Prefecture (Kaitakusha no Rasshinban). Navigator for NHK World, Journeys in Japan. Navigator and Poster Calligraphy Artist for the Samurai History Documentary Aizu 150th Anniversary of the Boshin War. Calligrapher for the Sports Agency Video on BUDO Tourism. Monthly Series in the Gekkan Hiden Magazine on Samurai Shodo, The Brush is the Sword of the Mind. First Certified World Class Speaking Coach, taught by Craig Valentine, 1999 World Champion of Public Speaking in Toastmasters. Director of the Japan Handmade Samurai Armor Instructors Association, and annual leader in the Shingenko Matsuri, the largest Samurai Festival in the World. Ambassador for Japanese Culture inside and outside Japan, in English and Japanese. Winner of Scottish Samurai Great Shogun Award 2019. Author of bestselling books including World Class Speaking (Sekai Saiko no Prezen Jutsu) from Kadokawa Books.

Born in Nagaoka City, Niigata Prefecture. Yamabushi, Yoga, Meditation, Waterfall Training Master of Yukiko School. Instructor at Hitotsubashi University. After graduating from Tsukuba University Graduate School, for over 35 years he has taught Yoga, KoBudo, and variations of Bodywork for Health and Improvement of Physical Coordination. 20th-degree Master of Haguro Koshu Kendo, he currently is engaged in teaching applications of Shugendo and Mountain Shamanism to practical applications in daily life. Senior Director of PowerHouse Hone Navi. Instructor of Courses at Asahi Culture Center. Publications include books on preventing pain in lower back, shoulders, and knees (Wani Books PLUS Shinsho). In 2018 published 2 DVDs from BAB Publishing on Introduction to Essentials of Shugendo and Practical Applications of Shugendo.
Regular Series in Gekkan Hiden on Shugendo to Improve Mind and Body Performance. http://webhiden.jp/learn/category2/news/121114_4.php 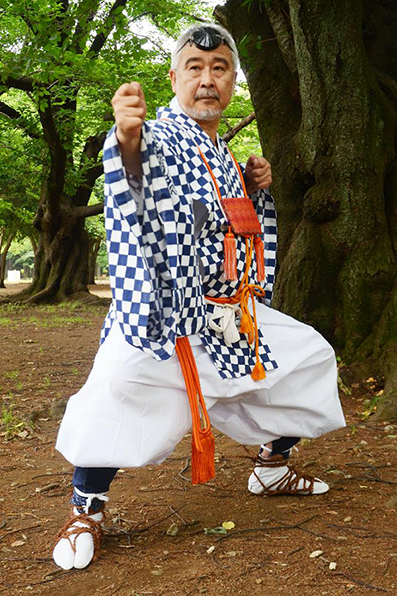 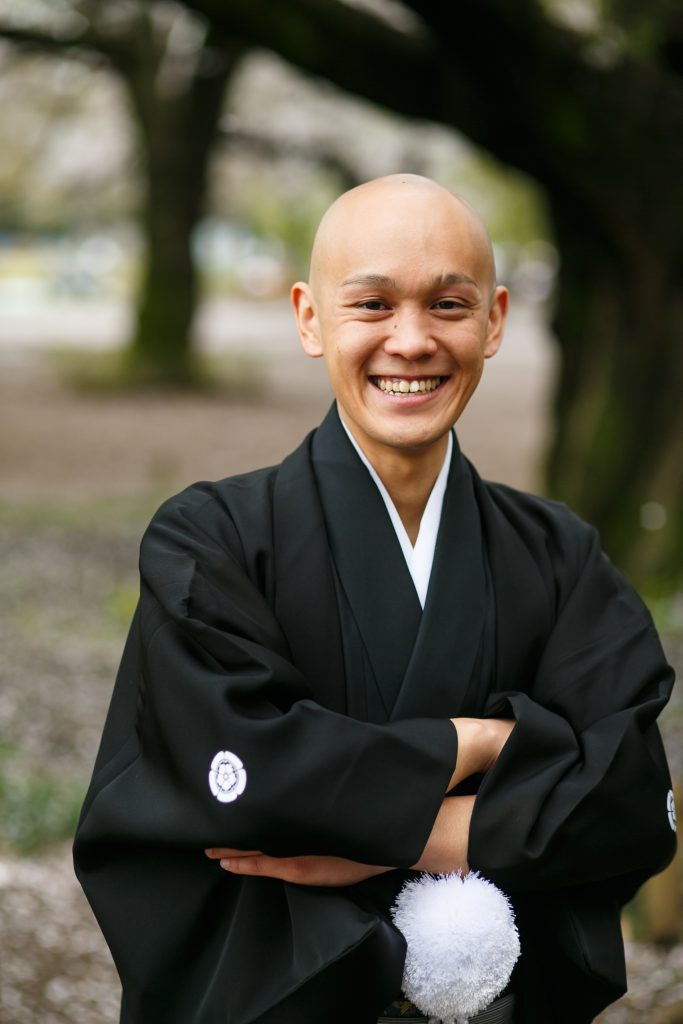 Born in Yamanashi. Tea Master (Chajin). Full name Maeshima Koutarou. Certified as a Tea Ceremony Shihan in Omote Senke Style. Resident Master of Taro An Tea House. He began studying Tea Ceremony at the age of 6, and has conducted over 600 Tea Ceremonies. He conducts classes in Tea Ceremony for Parents and Children at the Historic Zen Temple of Erinji in Yamanashi, as well as at Japanese Cultural Events in Japan. He has conducted Tea Ceremony events sponsored by French-Japan Municipal Organizations in Paris and Beaune, as well as at numerous events for Foreign visitors to Japan. He has also conducted seminars for companies and businesses themed on the Tea Ceremony, working with Sunrise Promotion Tokyo. He has conducted programs in Outdoor Tea Cermony with Notdate Nist, event venues including Antique Houses, Snow Bound Tea Cer, as well as Events held in Rain, Mountains, by Starlight, under Cherry Blossoms, in Temples and Shrines, and by Natural Streams. He is dedicated to the pursuit of the essential elements of Japanese Aesthetics and Beauty. The name of his Tea House Taro An (Taro Hermitage), was named after his grandmother’s beloved family dog Taro.

40 Years of experience with the Wadaiko, Japanese Drum.

From his Wadaiko Training Center in Togakushi, with daily training in Mind-Body Control to develop a dynamic and explosive style of Wadaiko Drumming, high level performance and expression, Sato-san is known as the man who was chosen by the Wadaiko.

2008 First Recipient of the New Artist Award for Wadaiko, in the Artists Festival sponsored by the Japan Agency for Cultural Affairs.

2011~14 Fuji Project Performances for victims of the Tohoku Earthquake and Tsunami.

2016 Appearance in BBC Documentary Global Beats, as the only performer from Asia of 7 global artists, in a program broadcast globally.

Active teaching and performing in Japan and overseas.

Performances feature Wadaiko in themes from Shinto and Buddhism, including collaborations with Dancer Moriyama Kaiji, Sakai Hana, and others, promoting appreciation of Wadaiko Culture.

Born in Tokyo in 1941. In his first year of Jr High School In 1954, he started Kendo and joined the newly formed Nippon Junior High School Physical Culture Association (NJPA). In 1967 he entered the renowned Noma Dojo at Kodansha Corporation, where he received instruction from Mochizuki Masafusa Hanshi, Sato Ukichi (9th-dan), Ogawa Chutaro (9th-dan), Morishima Tateo Hanshi and other Kendo Masters. In 1980 he received a Teaching License for High School Kendo from the Ministry of Education (now the Ministry of Education, Culture, Sports, Science and Technology), and became a Kendo Teacher at the Takashina Metropolitan High School.

In 1989 he established the Seishinkan Dojo, with residential facilities, in the foothills of the Southern Alps, in Shirakawa-cho of Yamanashi Prefecture. He served as an Advisor on Sword Techniques for the three films in the famous Samurai Trilogy by Director Yamada Yoji, The Twilight Samurai, The Hidden Blade, Love and Honor. He wrote a two-year Column for Kendo Nippon called, Training Notes from Noma Dojo. In 2015 he received a request from Dmitry Gavrilov of the Kimera Fund, to publish a trilingual book in Japanese, Russian, and English, called “A Circle Form of Sword Lines” of Seishinkan School Soul of Kata, translated into Russian and English by Vadim Bushmakin. The spirit of the Noma Dojo lives on in the teachings of the Seishinkan Dojo.

Born in Tokyo in 1988. Graduated from Nihon University College of Humanities and Sciences, Department of Philosophy. Dedicated from a young age to the study of various BUDO and fighting arts. An injury led Him to question the approach of sports training in the martial arts, and in college he pursued the study of Asian Philosophy and views of the Mind-Body Connection. In 2009 he entered a Ninja organization to promote the study of traditional Japanese culture. He has conducted Ninja Experiential Tours, Shows, and Seminars for over 1800 participants in Inbound Tourism, and currently conducts exclusive Ninja Tours.

As Ninja Narashino Seiryukutsu he has had numerous appearances in domestic and foreign media, and currently works as an independent agent, active in training and research in Ninjutsu, Bujutsu, and Mountain Training, he is also an active member of the International Ninja Research Association.

On the theme of “Learning Something New from the Old”, he currently conducts Ninjutsu and Bujutsu Training at Dojo’s, Schools, Lectures, and Events.